Battle of the Badges event a victory for affordable housing 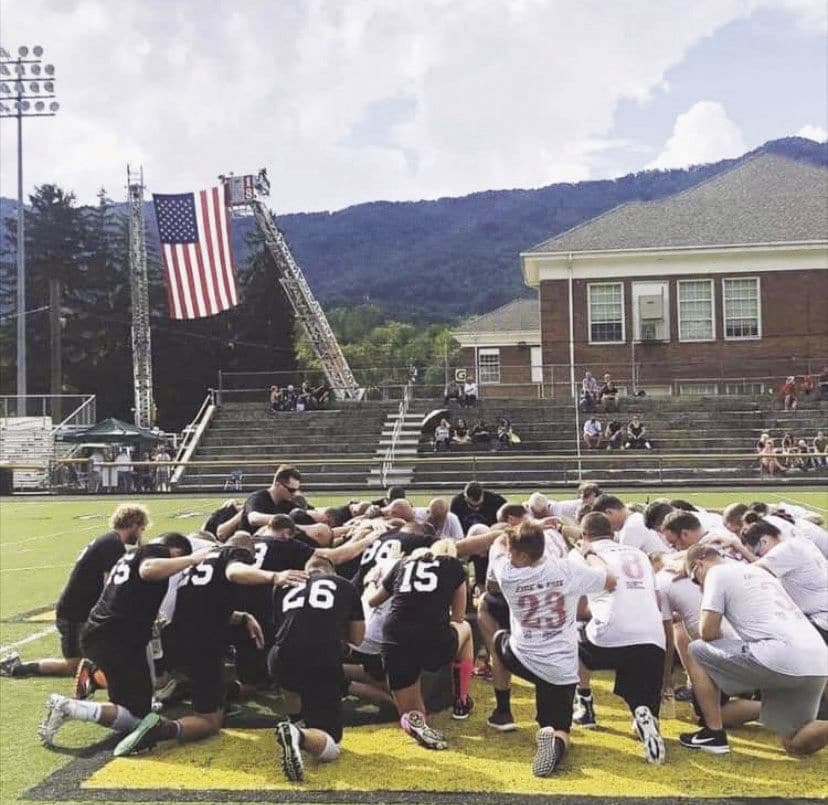 The Mountaineer, by Vicki Hyatt

While there was plenty of light-hearted fun leading up to the Battle of the Badges with law enforcement squaring off against firefighters/EMS, once the game ball was in place, it became obvious there was nothing light-hearted about the match.

While players prayed together before the game started and shook hands afterward, there was nothing collegial after the first snap of the ball.

There was serious flag football at stake, with the winning team claiming bragging rights for the year. Law enforcement took no prisoners as they scored early in the game and continued to outplay their rivals in a 50-0 victory.

The highlight of the event, however; was the opportunity to raise more than $15,000 that will be used to help chip away at the lack of affordable housing in the community.

“We had a blast, an epic blast,” said Mark Bleckley, field training officer with Haywood EMS, who was calling plays for the fire/EMS team.

Despite the thumping, Bleckley said they will be back next year — with a vengeance.

An obsession with tactical planning — drilled into their thought-process as emergency responders — came out on the field. The team developed 24 strategic plays to use over the course of the evening. Of course, memorizing the positions for 24 plays in just five weeks of practice wasn’t practical. So each player wore an armband that flipped up to reveal the plays.

The law enforcement team had eight plays in its repertoire — only a third what fire and rescue had, said Co-captain Tyler Trantham. But the most common play repeated during the night was the “get-the-ball-to-Trantham” play.

Trantham was a ringer for the law enforcement team, having played football for Tuscola. He admitted being older and slower now, but was the go-to quarterback for the game. His nephew, Eli, was the other Trantham on the field who helped complete the plays.

Despite the routing the fire/EMS team took, Bleckley said all was well.

“Sports brings people together,” said Trantham. “You build that teamwork here where it’s not out on the street. Then you are friends and trust each other in this setting, and it helps on the street.”

While the law enforcement team stormed the field with a “take no prisoners” motto, they see the fire and rescue guys on the other side of the field as their brothers, too.

“We work together every day. We go on calls together. So there’s a brotherhood between us, even though we were opponents tonight,” Trantham said.

The fire and rescue team had a prank up their sleeves, or rather up their shirts. When taking the field for pre-game practice, they ran on wearing donut T-shirts — a tall, sumptuous stack of donuts at that.

“There has been a lot of smack and trash talking, so we designed these shirts just to aggravate them,” Bleckley said.

For good measure, the fire and rescue team gifted the law enforcement team with a couple boxes of donuts to keep on their bench.

It was all in good fun of course, and somewhat ironic in the end. The law enforcement officers train regularly, with most departments having onsite weight rooms and work out rooms. Waynesville police even compete in national S.W.A.T. team competitions.

“They’re not a bunch of [Homer] Simpsons sitting around in cruisers all day long. That’s not who they are,” Bleckely said. “But it was a funny jab nonetheless.”

The law enforcement team had gotten wind of the donut prank in weeks leading up to the game. They steeled themselves.

“We just tried to put our game face on and worry about the game,” Trantham said.

About 500 cheering fans attended the game, with about an equal number pulling for each side. There were encouraging words like “go, Daddy,” coming from the crowd as children cheered on their fathers during the game. There were female players, too, as the teams took the field and executed plays.

Prior to the 6 p.m. game, as well as at half-time, there was plenty of time to enjoy hot dogs, pizza, popcorn, snack foods and drinks.

Families had plenty of time for children to climb inside a fire truck, sit in the driver’s seat of an all-terrain response vehicle or get their heart checked inside the EMS truck. There was face painting that also followed the Battle of the Badges theme. Kids could choose a blue police hat or a red fireman hat.

“The generous outpouring from our community was really humbling, said Nancy Buelow, who co-chaired the Battle of the Badges event along with Jeff Schandevel. “The businesses who stepped up in the very beginning to sponsor, the hospital’s medical support, the groceries, the five firehouses in Jackson County that donated and the support of the community. The men and women who spent many hours practicing and playing in this event. Members of the community that stuck their heads into the concession stand and asked how they could help. I am so proud to live in a community that does not forget those that need help.” 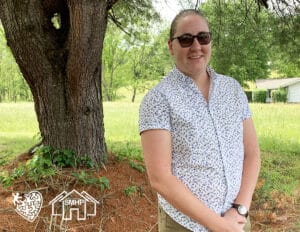 Emilee has been a real estate entrepreneur for a decade and she is passionate about providing safe and affordable housing in western Carolina communities. Through the 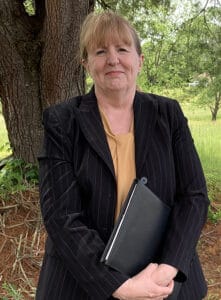 Julia Posey was raised in a family with builders and developers and has a degree from Georgia State in English and Speech Communications. She’s had 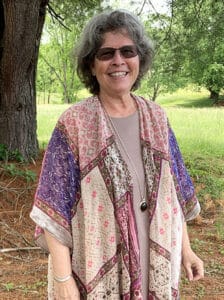 With a degree in communications, a general contractor’s license and 15 years in the building industry, Lori Smith comes well prepared as our newest Housing 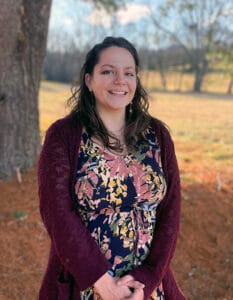