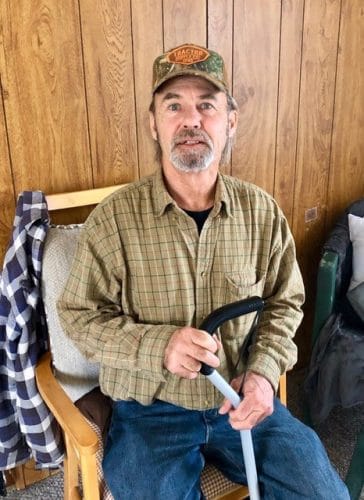 Every day Mountain Projects is faced with a growing number of residents in both Haywood and Jackson counties who need help with housing assistance. We help families and individuals through a variety of programs such as Weatherization, Heating Appliance Repair and Replacement Program, Essential Single-Family Rehabilitation, Urgent Repair Program, Self-Help Housing, and more.

The current Housing Rehabilitation Manager, Vivian Bumgarner began her career at Mountain Projects in 1984 by measuring windows for the Weatherization Program. Throughout her career, she and peer-collaborator Vicky Ferguson have faced many unique challenges helping others in Western North Carolina. The dynamic duo recalled one instance in particular where the Mountain Projects initiative was on full display.

After a severe accident, a man named Dayton came to Mountain Projects for help. He had suffered a brain injury due to abuse he had incurred when he was only nine years old. Although he continued to attend public school, he finally had to drop out of school after the 9th grade because he felt that he could not learn anything. Therefore, he had no high school diploma and was hobbled throughout life by only being able to perform small jobs as a self-employed handyman.

His ability to provide for himself became impossible when he fell off a ladder and broke his arm in several places. His accident was severe enough to warrant an airlift to Mission Hospital.

Dayton said, “I didn’t want to call Mountain Projects because I was afraid they would condemn my mobile home, and then where would I live, but my sister said I should”

Both Vivian and Vicky became involved with his situation and immediately sent out an electrician to assess his home. The electrician determined that the wiring in his house was made out of aluminum and would crumble if you touched it.

With this information, staff members from Mountain Projects met at Dayton’s home with a licensed contractor to determine all that would be needed to repair his dwelling and make it safe for him to return home.

Upon entering his residence, they saw daylight filtering in through the floor, and a wall was caving in. It was also apparent that there was no heat and that it would cost more to repair the deteriorating mobile home as it would replace it.

Faced with a daunting task Vivian and Vicky adamantly began looking everywhere from Bryson City to Candler, NC, to find a mobile home they could purchase for Dayton.

Patsy, Mountain Projects Executive Director, sourced revenues from several programs, including the unrestricted funds raised by the Auxiliary, to fund the purchase.

“I would never have gone out on a limb to purchase a mobile home without knowing these funds were available,” Patsy commented.

Once everything started to fall in place, Vicky and Vivian, along with a host of other Mountain Projects volunteers, worked evenings and weekends for months preparing for Daytons new home.

In addition to volunteers donating their time, several companies offered their services free of charge as well.  Level Builders donated labor of two men to help demolish the 1970’s mobile home, RCF Construction Company gave the use of a dump truck and track hoe and one of their employees donated his time in off-hours to use the equipment. The metal was donated to an individual who agreed to haul it off.  Massie Furniture Inc. donated a bed frame, mattress and box springs.

“Without the donated funds, services, and time of volunteers, this story would never have happened,” Vicky stated.

Today Dayton is living in a safe, warm, and sanitary home. When recently asked about his experience with Mountain Projects he said that:

“My former mobile home was leaking, had mildew, and was impossible to keep warm. I was ashamed to have people see me, but Mountain Projects came together, took up collections, and put me in a hotel for a few days then bought me a new home! Living here is a dream come true and I feel like I won the lottery. I hit the jackpot and I have had no cold nights in this trailer. Mountain Projects changed my life completely. An agency is only as good as it’s employees…the ones at Mountain Projects are super good and the best I have ever seen.”

Staff continues to follow up with Dayton and now plan to Weatherize his home for him. They also regularly stop by with a meal, share encouragement, and visit with a friendly face.

Tonight Dayton is sleeping in a home with heat, a floor, stable walls, and, most importantly, knowledge that he is seen and not alone. You, too, can also help support people just like Dayton who never had a break in life but desperately needed help.  There are several ways you can donate and support our mission by visiting our donation page.

Request for Proposal – All trades for complete construction

Our Service Areas and Services: 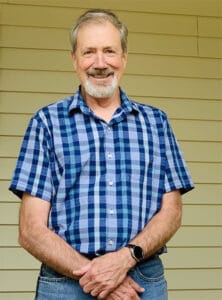 Joey Massie, a Waynesville native, joined Smoky Mountain Housing Partnership as Construction Supervisor in 2020. His 35 years experience in home construction and background in